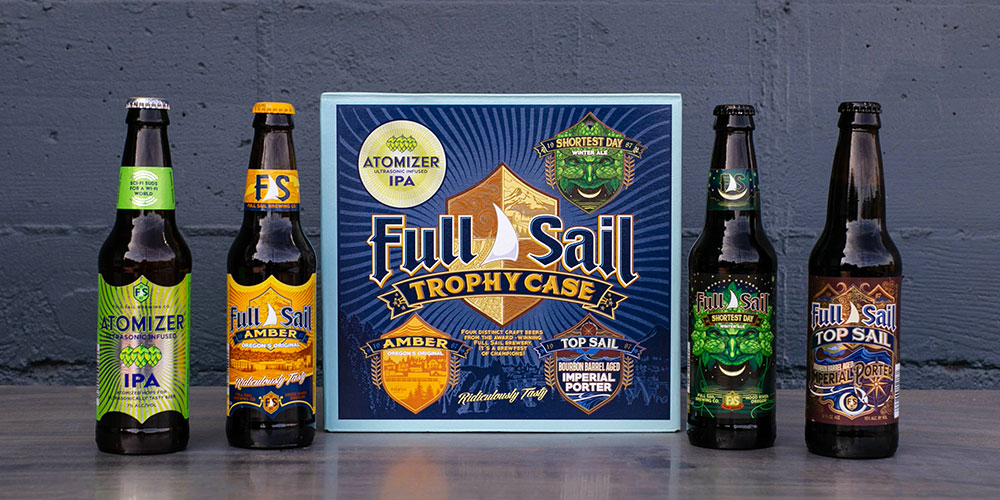 Full Sail’s Trophy Case is a Brewfest of Champions!

Full Sail Brewing’s latest Trophy Case release is stocked with four distinct craft beers for you to enjoy. It’s a brewfest of champions!

Full Sail Amber Ale, the brewery’s flagship and Oregon’s original. Over the years our flagship Amber has earned many awards and accolades including over 25 gold medals and was named “World’s Best Dark Beer” at the World Beer Awards.

The Trophy Case variety 12-pack is available year round with a new rotating brew each season.