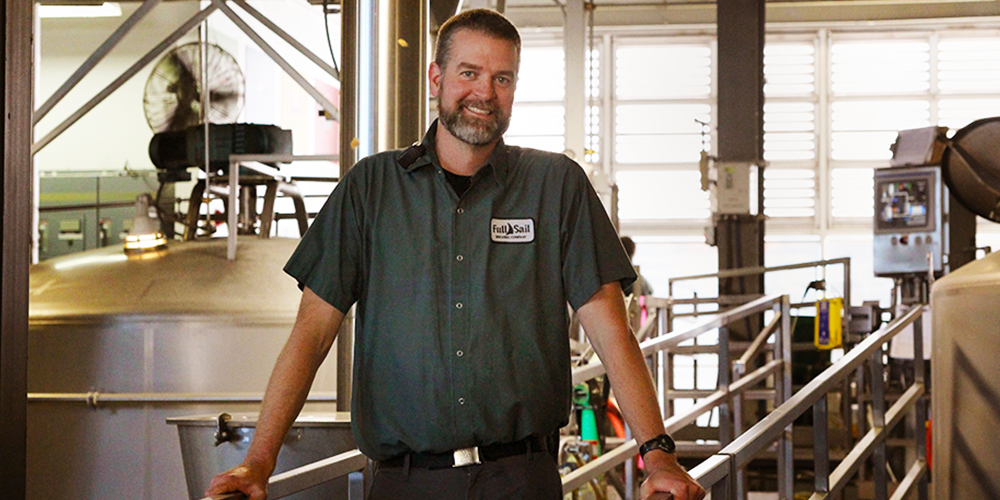 Greg Doss Takes the Helm as Brewmaster at Full Sail

With Jim Kelter’s retirement after 27 years of dedicated service to the brewery, Full Sail Brewing Co. is excited to announce the appointment of Greg Doss as Full Sail brewmaster.

“With Jim’s departure, Greg is leading a new generation of brewers here at Full Sail,” says Full Sail CEO Cory Comstock. “We couldn’t be more thrilled to have a brewer of Greg’s caliber take over as brewmaster.”

Doss has been brewing ridiculously tasty beer at Full Sail since 2015. His interest in brewing began while he was studying at Oregon State. What started out as enjoying his home-brewed beer during foosball games matured into a microbiology degree that led him to the beer industry.

“Jim was a great mentor,” Doss says of his predecessor. “It was an honor to work with him and follow in his footsteps. We won’t forget the legacy of quality and consistency that the previous brewers established at Full Sail, but we’re excited to spread our wings with the portfolio and do some really exciting stuff.”